A combination of poor market conditions and bad timing caused the average U.S. investor to lose twice as much as the S&P 500 in 2018, according to a new study from DALBAR.

The research firm’s latest Quantitative Analysis of Investor Behavior (QAIB) found investors lost 9.42% on the year, compared with a 4.38% retreat by the S&P. Investors were net withdrawers of funds in 2018 and lagged the S&P “in good times and bad,” according to a release from DALBAR.

“Judging by the cash flows we saw, investors sensed danger in the markets and decreased their exposure, but not nearly enough to prevent serious losses,” Cory Clark, chief marketing officer at DALBAR, said in a statement. “Unfortunately, the problem was compounded by being out of the market during the recovery months. As a result, equity investors gained no alpha and, in fact, trailed the S&P by 504 basis points.”

Since 1994, DALBAR has been analyzing investor returns based on aggregate cash-flow data from U.S. mutual funds. According to its research, the average investor consistently earns “much less” than market indices suggest. 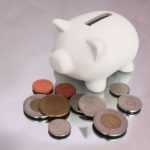